DIY Entertainment For less than $10

One trip to the Dollar Store (or the .99 cent store, to save a penny) and you’ve got the makings for a fun ring toss game for the kids.  And honestly, it’s even challenging for the grown-ups.  Meaning, the kids may beat you and take home the trophy!  Make it a contest (drinking game?) and see who can score the highest.  First to reach 50 wins!

Other items you may already have:

# of players: Two players or teams
Object of the game: To be the first player or team to reach an agreed-upon total score: usually 50 to 100 points.

Play outside or indoors. Arrange the cones 1 or more feet apart (depending on the age of the players) The highest scoring cone will be the furthest away, and the lowest number will be the closest to the players. Flip a coin to see who goes first.

I originally saw the candy corn idea somewhere on the internet, as a decoration.  The idea for the ring toss game came from Target, as they sold something similar, but the cones were painted black to look like Witches Hats.  I already had the glow sticks for our Halloween party, so figured they’d make perfect rings.  I would love to source the original candy corn idea, but there were so many versions of it, I didn’t know who to give the credit to!  But if imitation is the greatest form of flattery, this idea has been “flattered” over and over again!

More From This Category

How to create an inexpensive spooky DIY front entrance for Halloween that would impress Dracula himself!
Read More

How To Throw A Fang-Tastic Halloween Party

Everything you need to throw a spooktakular Halloween party. From food and drinks to music and games. Throw an unforgettable bash your friends will be talking about for years!

How To Make Low Lying Ground Fog For Halloween

Learn how to create low lying ground fog easily and inexpensively to design an eerie Halloween graveyard or to add some fun as a spooky effect for your next costume party.

How to make a realistic witch display with a teepee, cauldron, and fake fire made from a can of expansion foam and spray paint. Creepy Halloween Decorations to impress your neighbors! 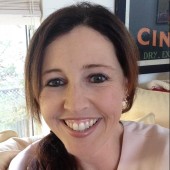